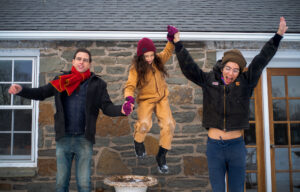 In partnership with Upstate Films, a non-profit, member-supported arts organization presenting the best in world & independent cinema in the Hudson Valley since 1972.

Paul Sturtz is the new co-director of Upstate Films in Rhinebeck with Jason Silverman. He co-founded the Ragtag Film Society in Columbia, Missouri in 1997 with David Wilson, and between 2000-2017 worked as the head programmer at Ragtag Cinema. In 2004 they co-founded the True/False Film Fest, a nonfiction festival, with Paul then serving a 16-year run as co-director. The festival received international acclaim and was called “the most important documentary festival in America”  by The Los Angeles Times and “the epicenter of creative cinematic nonfiction.”  –The New Yorker Paul served on Columbia City Council between 2008-2011, and received an honorary doctorate from the University of Missouri in 2017 for his contributions as a social entrepreneur and his positive impact on local and regional culture. His short documentary Dear Valued Guests premiered in 2013 and played at a dozen festivals around the world. Paul was selected in the inaugural “Indiewire Influencers” list, described as “visionaries changing the course of film.”
Polina is an artist, writer, teacher, and community organizer whose varied projects are motivated by a vision of regenerative ecology, peace, and transformative justice. She earned her BA in cultural studies at Brown University, and MFA in Film & Media from the University of Wisconsin in Milwaukee. For over 20 years, Polina has worked with learners of all ages and stripes in public schools, after-school programs, self-organized collectives, and university classes. She has traveled nationally and internationally to work as a filmmaker, humanitarian aid worker, and teacher. Before moving back to New York, Polina founded and ran a forest school in Columbia, Missouri; created a community art space in Milwaukee, Wisconsin; and was a member of a feminist art collective and started a community garden in Providence, Rhode Island. She has also taught art and film at Brown University, University of Wisconsin, and Stephens College. She helped start the Citizen Jane Film Festival and directed the Education program at the True/False Film Fest and Ragtag Cinema.
Iko Malikin, age 8, is an artist, violinist, and fun kid. She enjoys drawing, painting, collage, bookmaking, and ceramics. She is also a big fan of mail art and miniatures of all kinds. One of her paintings is part of the permanent collection at the Wedding Cake House in Providence, RI. 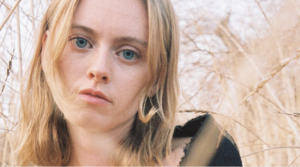 Ballentine has been playing music for most of her life — piano from age five, guitar since high school — but her songwriting didn’t emerge until later. After moving from her home in upstate New York to Los Angeles to study studio art in college, Ballentine was working full-time at a Los Angeles gallery, poised to continue onto the trajectory of visual art she had been on since she was a teenager. Instead, it didn’t feel right, and she quit. Suddenly faced with a peculiar freedom, Ballentine decided, somehow both confidently and tentatively, to seriously pursue music for the first time. While nannying on the side to make ends meet, she wrote “Places/Plans,” her first song for Skullcrusher, a little over a year ago. Despite her extensive background in visual arts, Ballentine suddenly found songwriting to be the best avenue for her artistic visions, an easy way for her to organically discover what it is she was trying to say. ‘Skullcrusher is, by all accounts, an exploration of the ways you become yourself when you aren’t looking – and how that feels once you start paying attention.’ 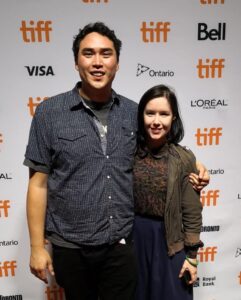 Rachael Lawe holds a Bachelor’s & Master’s degree in Art History from the Courtauld Institute of Art, London, U.K. (2005). After graduation she became Director & Curator of FRED, an art gallery based in London U.K. & Leipzig, Germany. Following a move to New York in 2009, she served as the Founding Director of the International Collage Center, an educational arts nonprofit with a lending and research collection. In 2013 she joined the Decorative Arts and Design team at Tiffany & Co. Between 2016 and 2017 she curated three exhibitions with artist collective Regina Rex. From 2017 she has worked in Interior Design focusing on residential projects, and is an active participant in female focused curatorial groups in New York and continues to independently curate arts programs. Since 2017 she has produced and collaborated on several short films with filmmaker Simon Liu which premiered at the Sundance Film Festival, International Film Festival Rotterdam, Toronto International Film Festival, and the New York Film Festival. They are now working together on their first feature film. 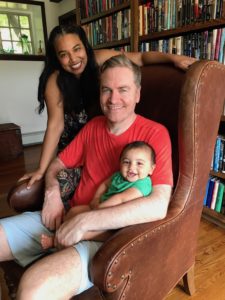 Prior to her DJ shifts on WFUV, Alisa spent years as a host on “The Alternate Side” channel, riding the cutting edge of new music and playing her old faves. Alisa does a lot of her work behind the scenes too, as producer many of the FUV Live sessions and live broadcasts. She also collaborates with NPR Music on various projects, most recently including their Turning the Tables project, where they recast the popular music canon with a closer eye on female artists. 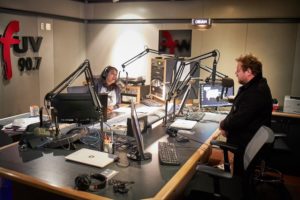 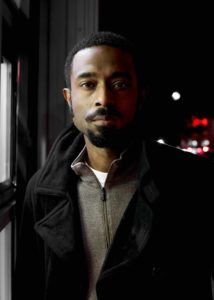 Shedrick Pelt is an editorial, live-event and commercial photographer. He specializes in documentary, music, product and portrait photography with a style driven by an urge to be the fly on the wall, capturing an experience without disrupting the nature of the moment. Based in Washington D.C., Shedrick works worldwide while keeping strong ties to the local community in his hometown of Huntsville, Alabama, and his adopted home of NYC. 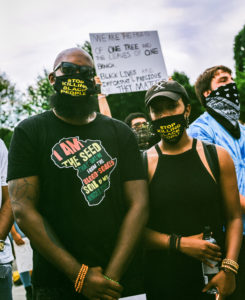 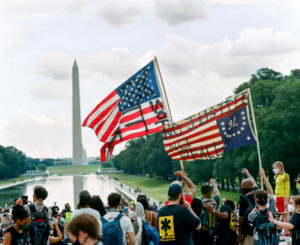 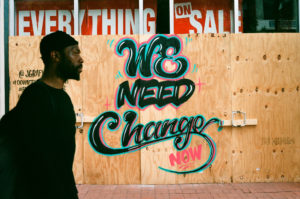 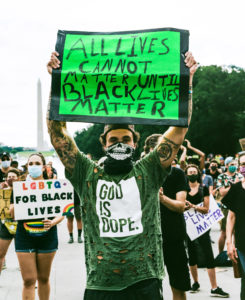 Spring 2020 Filmmaker Residencies have been developed in partnership with Sean Weiner, Director of Programs, Media Arts Lab and Creative Culture at the Jacob Burns Film Center 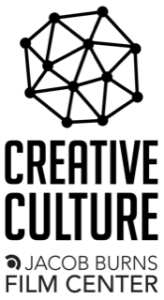 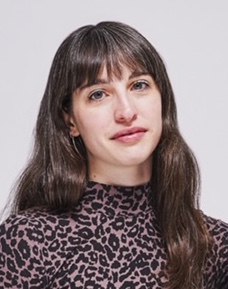 Emily Ann Hoffman is an award winning animator, filmmaker, and artist. Her films have screened at Sundance, SXSW, Slamdance and more. She has been awarded fellowships and residencies with the New York Film Festival Artist Academy, the Sundance Institute, the Jacob Burns Film Center and Mighty Oak animation studio. As a fine artist, her work is represented by Spacey Studios and has been featured on Architectural Digest, Fast Company, and more. She has a BFA from the Rhode Island School of Design. Her work explores female sexuality, body, and vulnerability through a comedic lens. 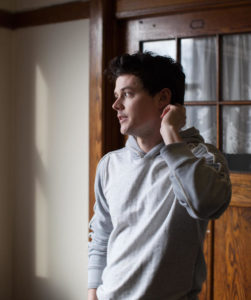 Matthew grew up in the San Francisco Bay Area and lives in Brooklyn. His short film Dirty had its World Premiere at the 2020 Sundance Film Festival and was an official selection of the 2020 SXSW Film Festival, where it received a Special Jury Award for Acting. His short film Lavender premiered at the 2019 Sundance Film Festival, where it was acquired by Searchlight Pictures for an Oscar-qualifying theatrical run, and was nominated for Vimeo’s Best Drama of 2019. His previous short film The Mess He Made premiered at SXSW in 2017 and was a finalist for the Iris Prize.

Matthew is a 2018 Sundance Ignite Fellow, a member of the 2017 New York Film Festival Artist Academy, a recipient of the Richie Jackson Artist Fellowship and a Creative Culture Fellow at the Jacob Burns Film Center. He was selected as one of Filmmaker Magazine’s 2019 25 New Faces of Independent Film and as one of Indiewire’s 25 LGBTQ Filmmakers On The Rise. He is currently developing his first feature film. 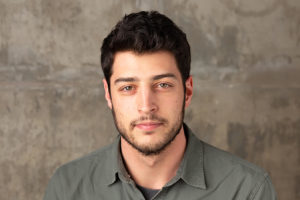 Adam Meeks is a Brooklyn-based filmmaker and graduate of NYU’s Tisch School of the Arts. His last short film Union County premiered in competition at the 70th Berlinale, and has continued on to screen at the Champs-Élysées Film Festival, Palm Springs International ShortFest, Maryland Film Festival, and numerous others. His work frequently examines rural and peripheral American communities, and aims to exist within the intersection of documentary and narrative processes. He is a 2019 Jacob Burns Emerging Artist Fellow and a Yaddo Residency recipient. He currently works as a video producer at Jazz at Lincoln Center. 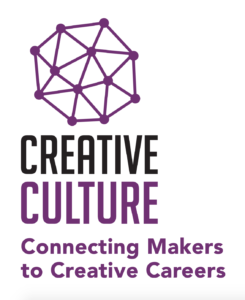 The Silver Sun Foundation is proud to support the Jacob Burns Film Center’s Creative Culture Program for emerging filmmakers with the Diverse Voices Fellowship each year. In 2020 we welcomed Karina Dandashi, a Syrian-American Filmmaker. 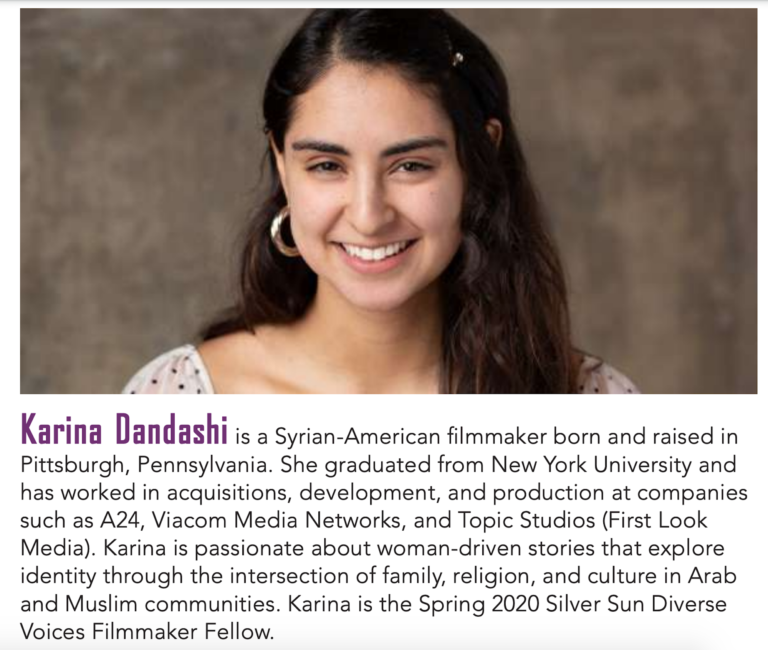 Noah is a native New Yorker, a dj, producer, and educational rapper who collaborates with visual artists, dancers and musicians. He is currently working on a music project with a visual component. See and hear more at Noah's Website ~ http://www.iamnsr.com/ and at https://soundcloud.com/iamnsr/tracks.

Gary Louris is an American guitarist, singer, and songwriter of alternative country and pop music, and one of the most acclaimed musicians to come out of Minnesota’s teaming rock scene. He was a founding member of the Minneapolis-based band The Jayhawks and is their principal songwriter and vocalist. Gary Louris has built a deeply compelling body of music whose artistry and integrity has won the loyalty of an international audience and the respect of both critics and his peers. Read more about him at https://www.highroadtouring.com/artists/gary-louris/ 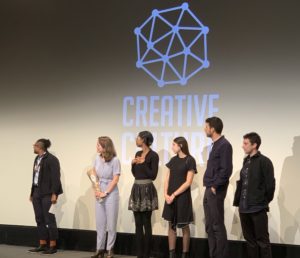 The Silver Sun Foundation is proud to support the Jacob Burns Film Center's Creative Culture Program for emerging filmmakers with the Diverse Voices Fellowship each year. In 2019 we welcomed Abbe Akhamie, a Nigerian-American writer/director and producer. 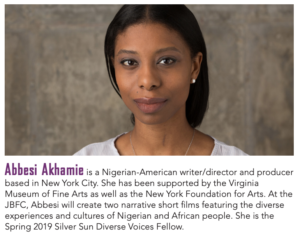 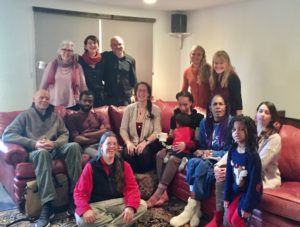 O+ EMPOWERS COMMUNITIES TO TAKE CONTROL OF THEIR COLLECTIVE WELLBEING THROUGH THE EXCHANGE OF ART, MUSIC AND WELLNESS. This vital community organization hosts the annual O+ Festival each fall, which implements the exchange of art-making and performances for wellness services among participants: 'the art of medicine for the medicine of art', including healing arts, mural tours and healthcare forums. 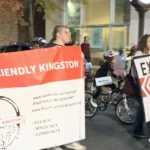 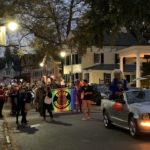 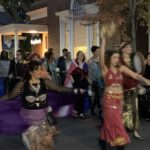 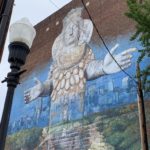